These TSW Max rims feature an evenly spaced spoke pattern that provides a fluid look that enhances the aesthetic of your performance vehicle. The matte black alloy rims for sale are named after a motor racing circuit named after the district in the city of Sao Paulo in Brazil where it is located. Also called the Aut?dromo Jos? Carlos Pace, after a Brazilian Formula 1 driver, it is the home to the Formula One Brazilian Grand Prix. The Max circuit has created some of the most exciting and memorable races in recent Formula One history, and is regarded as one of the most challenging and exciting circuits on the F1 calendar. There are several reasons for this, including the fact that the circuit is driven anti-clockwise, and it was not built on flat terrain, but follows the ups and downs of hilly ground, which places higher demands on the drivers and their vehicles. 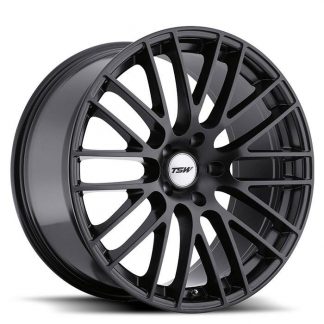 You're viewing: TSW Max Matte Black
Select options
We use cookies on our website to give you the most relevant experience by remembering your preferences and repeat visits. By clicking “Accept”, you consent to the use of ALL the cookies.
Do not sell my personal information.
Cookie SettingsAccept
Manage consent